Penn State Wilkes-Barre faculty, staff and students recently took part in a LionPulse wellness challenge to see to see if, collectively, they could walk 2,400 miles — or the total span of U.S. Route 66, which begins in Chicago and ends in Santa Monica, California.

Penn State Wilkes-Barre has set its sights on prioritizing the health and wellness of the campus community, with help from a partnership with Penn State LionPulse, an initiative of Penn State PRO Wellness.

Since receiving $5,000 in LionPulse funding in January, the campus wellness committee, led by Suzanne Attanasio, campus nurse and LionPulse health champion, has held several wellness events designed for students, faculty and staff, including a LionPulse kickoff event that featured free LionPulse T-shirts, fruit, recipe cards and snacks, as well as a chance to participate in a free “no sweat” fitness demo.

LionPulse is an initiative to enhance wellness within the Penn State community, funded through a University seed grant that supports the Penn State Strategic Plan.

The campus’ efforts recently included a LionPulse wellness challenge, where 41 community members competed to see who could walk the farthest and if, collectively, they could walk the entire distance of U.S. Route 66, which spans 2,400 miles across eight states, starting in Chicago and ending in Santa Monica, California.

To help walkers keep track of their steps, the wellness committee purchased pedometers and asked the walkers to record their steps at the end of each week. Participants were provided with a map and information about various sites they would see while virtually walking the iconic route.

During a four-week span, 14 teams of students, faculty and staff walked a total of 4,738 miles — or more than two times the length of the Appalachian Trail and nearly double their goal.

“We had some very active walkers and hikers that walked a significantly higher number of miles than perhaps an ‘average’ person,” Attanasio said.

During the four-week challenge, 14 teams of students, faculty and staff walked a total of 4,738 miles — almost double their goal of walking the 2,400-mile span of U.S. Route 66. Participants were provided with a map and information about various sites they would see while virtually walking the iconic route.

At the conclusion of the competition, top walkers gathered for a celebratory lunch, where gift cards to local sporting goods stores were awarded. Attanasio noted that Wilkes-Barre would like to compete against other Penn State campuses in future challenges.

In addition to the walking challenge, 51 students, faculty and staff attended a free healthy breakfast during the spring semester that consisted of homemade oatmeal with toppings and a fresh fruit bowl. Attendees learned about the importance of a healthy breakfast and the MyPlate eating method.

On April 1, the wellness committee hosted a “Focus on Fruit” day in the student commons. The goal of the event was to encourage employees and students to make healthy eating decisions. Three different varieties of apples, along with bananas, oranges and mangos, were distributed to 54 individuals during the event.

Since beginning earlier this year, LionPulse wellness events have helped to create a sense of camaraderie between students, faculty and staff.

“Not only did I have a good breakfast, but I met someone new and learned something,” said one student after the healthy breakfast event.

Interested in future LionPulse events at Wilkes-Barre or other Penn State campuses? To stay on the pulse with wellness events and resources, visit sites.psu.edu/lionpulse. Since the fall of 2018, LionPulse has worked with a network of health champions and wellness committees across 11 Penn State campuses. 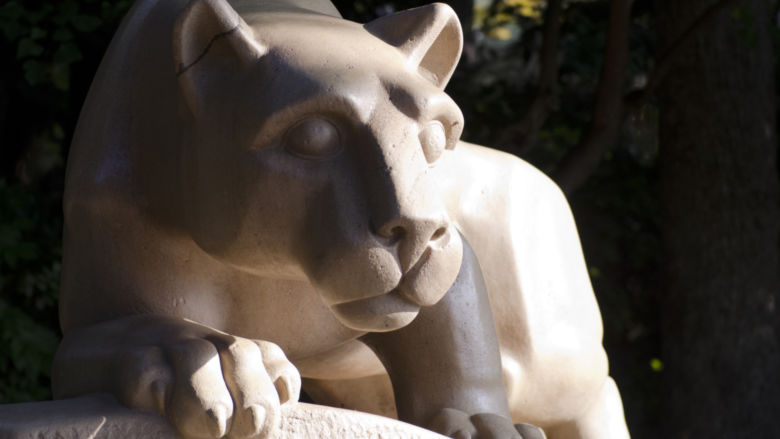