THE PENNSYLVANIA STATE UNIVERSITY was chartered in 1855. The Land Grant Act of 1862, signed by Abraham Lincoln, fostered the University’s early growth. In 1874 its name was changed to The Pennsylvania State College, and then again in 1953 it was changed to The Pennsylvania State University in formal recognition of what it had long since become: one of the leading universities of the nation.

Penn State Wilkes-Barre traces its history back to 1916, making it the oldest higher educational presence in the Wyoming Valley. In May of 1915, two Penn State graduates, reacting to the needs of the local anthracite mining industry, proposed the development of a Penn State engineering center in Wilkes-Barre. “King Coal” reigned supreme at that time in the Wyoming Valley and engineers were needed to improve mining methods and worker safety. The response from local citizens and civic organizations was overwhelming, and on November 7, 1916, the Penn State Department of Engineering Extension began offering evening classes for 150 students in what is now Coughlin High School. The new Penn State Department of Engineering Extension offered courses in advanced mathematics, surveying, reinforced concrete and mechanics.

By 1923, three-year certificate programs were added in mechanical, electrical, civil and mining engineering. Later, three-year courses in aeronautical and textile engineering and a two-year program in air-conditioning were added.

During the years spanning World War II, the school, now known as The Pennsylvania State College Wilkes-Barre Technical School Center, offered tuition-free, government-sponsored courses to train women and older men to replace the younger men in industry who had joined the war effort. The non-credit, college-level courses trained workers already in war production to take over more highly skilled jobs. Women took the courses to help in the production of war materials.

Until 1947, all of the courses were offered exclusively in the evening. However, due to the persistent requests of returning veterans who wanted to earn a degree more quickly, four daytime programs were initiated. The courses (business administration, building construction, industrial electricity, and mechanical and production tool design) were approved by the Veterans Administration under the “on-the-job training” provisions of the G.I. Bill® of Rights. Much of the success of the school can be attributed to the flexibility of its offerings. Programs were added and removed as demand directed.

Each passing year brought more change and growth to the school. In 1949, the Engineers’ Council for Professional Development recognized the engineering courses taught at the institute with accreditation. Then, during the 1953-54 academic year, the two-year program leading to an associate degree in engineering began. Thirty-nine students completed this program and were the first in the University to receive their associate degree in engineering. In 1957, the two-year Surveying Technology program was approved, the only one of its type in Pennsylvania. Today Penn State Wilkes-Barre is the only location in the Commonwealth offering an accredited bachelor’s degree program in surveying engineering (one of fewer than 33 in the entire United States). 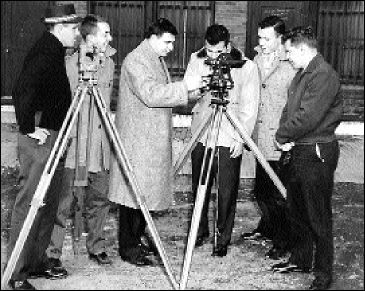 In 1950, needing more space, the school moved its classes to the Guthrie Building in Wilkes-Barre. There it remained until the mid-60s when Richard and Helen Robinson of Connecticut gave Hayfield House and the surrounding farm property in Lehman to the University. Valued at approximately one million dollars at the time of construction, Hayfield House was built by coal baron John N. Conyngham and his wife, Bertha, in the early 1930s. The Conynghams spent about four months each year at Hayfield Farm. They raised Highland cattle, Clydesdale horses, Chester White pigs, sheep, and a variety of unusual animals, including buffalo and Sardinian donkeys. In addition to traditional vegetables and fruits, the farm also produced large amounts of hay and corn. 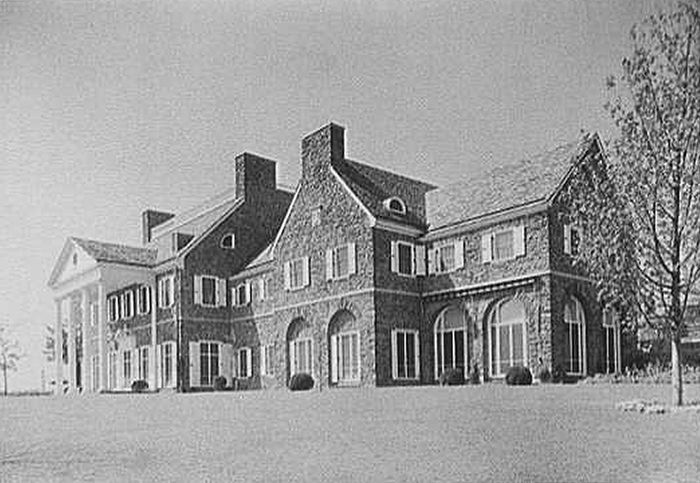 The mansion was converted into administrative offices and classrooms. Most of the original furnishings are gone from Hayfield House, but visitors still can enjoy the magnificent architectural aspects of the building and the unique characteristics of each room. The former 19-car garage now houses the Student Commons and Bookstore. A 15-acre wooded walkway displays a wide variety of trees and shrubs, some imported from Europe.

Eighty-five percent of students receive financial assistance, including scholarships. Students will find caring faculty, undergraduate research opportunities, and experienced advisers to prepare them for the career they want. The Wilkes-Barre campus includes Hayfield House, the Student Commons, the Athletic and Recreation Building, the Science Building, the Bell Center for Technology, the Friedman Observatory, the Murphy Student Services Center, the Struthers Family Career Services Center, and the Nesbitt Academic Commons.

“GI Bill®” is a registered trademark of the U.S. Department of Veterans Affairs (VA). More information about education benefits offered by VA is available at the official U.S. government website at www.benefits.va.gov/gibill.

This is Penn State Wilkes-Barre