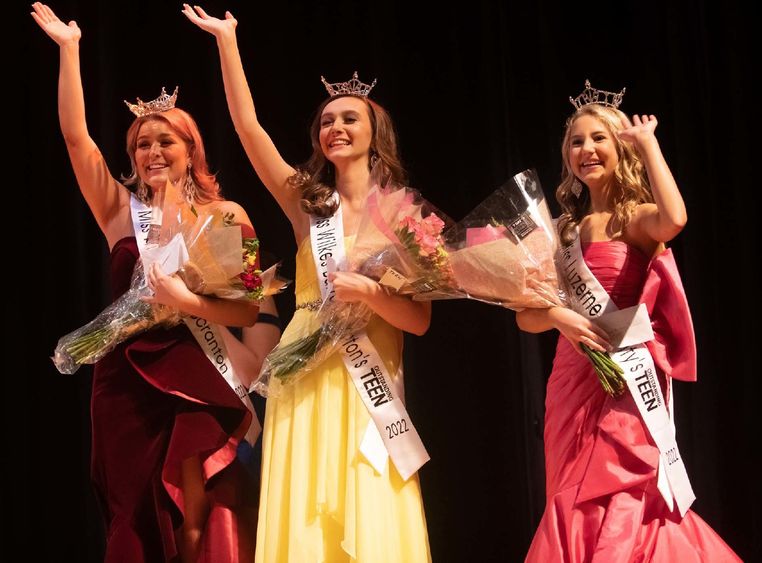 Victoria Vespico, a student at Penn State Wilkes-Barre, was crowned Miss Wilkes-Barre/Scranton 2022 during the NEPA Scholarship Competition Association’s pageant and will compete for the title of Miss Pennsylvania in June.

The pageant is part of the Miss America organization and was held at Dallas Middle School on Oct. 30. Vespico, who lives in Shavertown, is a corporate communication major in her final semester.

“I’ve been competing in pageants for the Miss America organization since I was 13,” Vespico said. “The title of Miss Wilkes-Barre/Scranton has been my dream title as a local because of the history that comes with it. I am so proud I get to represent my hometown. Getting to carry that with me is just incredible.”

In her role as Miss Wilkes-Barre/Scranton, Vespico will spend the next eight months promoting her initiative, “Sustainability Starts with You.”

“Every candidate is asked to pick their own social impact initiative,” she explained. “My initiative focuses on the importance and simplicity of sustainable lifestyles. I want to do everything I can to make Pennsylvania better than it was before. We’ve only got one planet and it takes all of us to make sure we are going to have the best possible future.”

Vespico has developed a sustainability program featuring interactive elements that she plans to present at local elementary and high schools.

“The program breaks down what sustainability means and how everybody can apply it,” she said.

Vespico, who has been a Girl Scout for 17 years, is also working with several Girl Scout troops to develop sustainable leadership programs and sustainability badges.

“From a young age I was outside, camping and doing other things. Sustainability and respect for the outdoors are two of the main tenets of being a Girl Scout,” she said. “Kindness to the outdoors made me feel good to be a part of it. And when I came to Penn State Wilkes-Barre, I was able to learn a lot more about sustainable development goals, how those goals are part of Penn State and how, as a student, I can take those goals and further them into the community.”

Vespico volunteers with the nonprofit organization Supporters of Camp Archbald (SoCA), which focuses on conservation at the historic Girl Scout camp. On campus, she is the chairwoman of the Sustainability Committee, a member of the Student Government Association’s executive board and an intern for the campus Office of Strategic Communications.

Previously, she was named Miss Luzerne County, a title she held for two years because Miss America organization pageants were canceled in 2020 due to COVID. Vespico began competing in pageants with the Miss America organization at the age of 13 after a family friend, a former Miss Pennsylvania, reached out to her and encouraged her to participate.

“She told me I was a leader and knew I was really into the performing arts,” Vespico said. “As soon as I started competing, I fell in love with it. It gave me the ability to promote leadership and embrace my creative side all in one package. I attribute much of who I am to my involvement in the Miss America organization.”

She said competing in pageants has provided her with numerous benefits, including communication skills, and broadened her horizons.

“I have learned what it means to be a leader through some really unique avenues,” Vespico said. “The Miss America organization lends itself to the community action area of leadership and provides the ability to involve yourself in new things. I have also developed poise, confidence and a better ability to communicate.”

After she graduates, Vespico plans to pursue freelance writing while focusing on her year as Miss Wilkes-Barre/Scranton in order to “get the most impact out of it.” She is considering attending graduate school with the goal of obtaining a degree in environmental or business law.