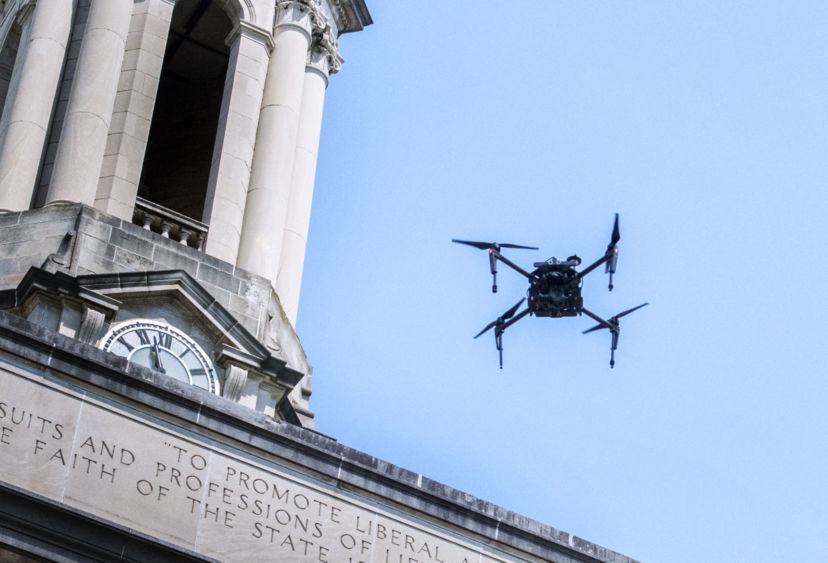 Anyone seeking to fly a drone on Penn State property must first receive clearance from the University's Unmanned Aerial Systems Operations office.

UNIVERSITY PARK, Pa. — As unmanned aerial systems, or drones, become more popular, Penn State is reminding all drone operators of regulations and guidelines governing their flights for all University-related drone operations on and off Penn State’s campuses.

Anyone wishing to operate a drone on Penn State property or for University purposes — including hobbyists, researchers, contractors, videographers and photographers — must submit a request to fly.

“All of these flights are regulated, and drone operators need to be familiar with safety rules,” said Eugene Matullo, the Unmanned Aerial Systems (UAS) Operations manager at the Office for Research Protections (ORP), which oversees all drone operations at or associated with the University. “The first step is for people to familiarize themselves with all federal regulations and Penn State policies governing the use of unmanned aerial operations on campus. Once this understanding is established, people should submit a request to fly from the UAS Operations website.

“One of the bigger challenges we have is ‘How do we educate and train the campus community and visitors so we don’t have a mishap?’” Matullo said.

The UAS Operations team has developed a number of online resources for drone operators and hobbyists, including a website and blog. The team also has a dedicated email address — [email protected] — that Matullo and fellow UAS Operations manager Mike Yukish monitor.

“My goal for the program is to do two things: First, it has to meet FAA and insurance company requirements for structure, and second, to create a guide for anyone University-wide who wants to fly UASs for Penn State,” Yukish said last year.

University Police and ORP are currently updating the University’s policy governing UAS operations, SY45, to bring it in line with current federal regulations and the processes outlined on the UAS Operations website.

Matullo said the UAS Operations program advises people to file a flight request at least a week in advance, especially if the person is a first-time submitter.

For hobbyists seeking to fly drones on campus, Matullo said the rules are fairly straight forward:

If a course requires the use of a drone, Matullo said operators must still file a flight request and secure necessary approvals.

Researchers, including faculty, students and staff, who wish to fly drones as part of their work must:

For third-party contractors, including surveyors, construction crews, videographers and photographers, who wish to operate a drone on campus, they must:

David Snowe, assistant director in the Office of Risk Management said third-party contractors need to follow a dual path — seek permission to fly via Matullo’s office, while at the same time working with Risk Management or Strategic Communications on the contract/agreement and verifying UAS liability insurance.

“We’ve been streamlining the rules and workflows to make it easier for the operators, while also protecting Penn State,” Snowe said. He said the University typically receives several requests per week for drone operations across all of its campuses.

Matullo said the rules are designed with safety first in mind, and people who don’t follow proper practices or federal regulations could be subject to fines by the FAA, revocation and/or suspension of remote pilot certification, loss of flight privilege or confiscation of the drone.

Snowe added that flying drones at or around athletic events, including football games, is strictly prohibited by the FAA and Penn State.

“We want to get people into the air as efficiently as possible and ensure the highest degree of safety is utilized during all flight operations,” he stated. 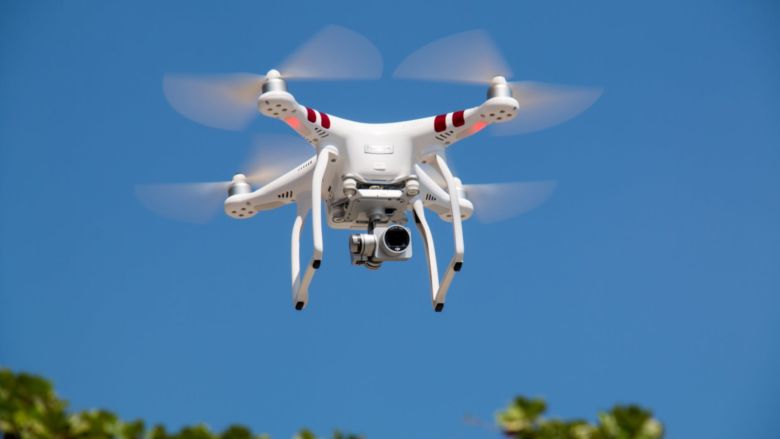