Although engineering is a fast-growing field with opportunities for employment and advancement, only 14 percent of engineers are women and just 22 percent of bachelor’s degrees in engineering were earned by women in 2018, according to the Society of Women Engineers.

Though their paths and chosen engineering disciplines are different, Penn State Wilkes-Barre students Bettina Dorow and Verena Lake both encourage other women interested in engineering to follow their hearts and study what they love.

As an adult learner, Bettina Dorow took a non-traditional path to earning her bachelor’s degree in electrical engineering technology.

After graduating from Honesdale High School, she went straight to college to study physical therapy, but life had other plans for her. Dorow’s father passed away while she was in college, and the farm where she worked and rode horses was damaged by a fire.

“I felt like I lost everything around me,” she shared. “I felt like I couldn’t find any direction and wasn’t moving forward. I was upset and emotional and didn’t know which way to go.”

Dorow left school and decided to purchase and renovate a home, as she had long been interested in construction. After a relative suggested she look into attending school with a construction program, Dorow chose to attend Johnson College, where she earned an associate degree in architectural drafting and design technology.

After receiving her associate degree, Dorow was hired as an intern for Northeast Infrastructure (NEI), based in Honesdale. She was then promoted from drafter to designer to her current role as electrical engineer.

“I got the job before I got the degree, but I still wanted to get my bachelor’s degree,” she said. “I picked Penn State Wilkes-Barre for its price, location and convenience. It has a great reputation in engineering.”

In addition to earning her bachelor’s degree, Dorow wants to attain a professional engineer (PE) license, which she said would be a career highlight for her. She is taking her engineer in training (EIT) test in the coming weeks and will then pursue her PE license.

Her position at NEI involves projects at Veterans Affairs (VA) hospitals throughout the United States.

“It’s something we not only really love to do, but it’s also a way to help those who have helped our country. I’m proud to be a part of it,” Dorow said. “My job means I get to see things across the country, from one coast to the other. I work in VA hospitals from Manhattan to Sacramento. It’s a fabulous company to work for, and a great thing for someone in my position to be part of a growing company like this.”

Balancing a full-time job with a full-time course load—in addition to owning three horses and renovating her second home with her husband—makes for a busy schedule for Dorow, who credited faculty and staff at Penn State Wilkes-Barre with being understanding of her needs as a working student.

“The small campus feel is so good for adult learners. My advisers and professors have been extremely helpful,” she said. “I work an extreme number of hours—sometimes 50 to 70 hours a week. My professors do everything they can to help me. The support I receive from them allows me to progress not only in my school career, but in my work career as well. As an adult learner, I think that is probably one of the biggest things you can ask for.”

Dorow said that as a woman studying engineering, for the most part, she thinks she faces the same challenges as many of her peers, regardless of gender.

“I think you’re always going to have some kind of adversity. Everyone has their own trials and tribulations they need to work through,” she said. “But it depends on how you take it and what you do with it.”

She noted that on the positive side, there are many opportunities for women in the engineering field.

“I think it gives you more opportunity for success in some ways because there are not too many women engineers, or younger engineers for that matter,” Dorow said. “For example, a woman giving a presentation could stand out more because the other 10 people who have a presentation are men. Also, there are groups and programs specifically for women engineers, and advantages and incentives for women-owned businesses.”

She encouraged other women who are interested in engineering to study it in college, saying, “If it’s something you’re passionate about, you should do it. Strive for what you love, what challenges you and encourages you to do more.”

“Engineering is a career you can build on. It’s never going to be something sedentary or two of the exact same thing,” Dorow added. “There’s a ton of opportunity out there, and it’s a great field to get into. If you’re doing what you love, it makes everything worth it.”

Verena Lake came to Penn State Wilkes-Barre sight unseen from her home in Dominica, an island country in the Caribbean Sea. She first attended college in Dominica simply to study the subjects she enjoyed—geography, biology and physics—waiting until the end of her time in college to see what she might be able to do do with an education in those fields.

“I went backward when it came to choosing my career path. I didn’t know what career I wanted to do at the time,” Lake said. “When I looked into seeing how I could use my interests, I found surveying engineering to combine what I liked, especially geography and physics.”

She started looking for degrees in surveying engineering in Dominica but found no schools offered the degree, so she began an international search.

“Penn State Wilkes-Barre showed up on a list of ABET-accredited schools and that was very important to me,” she recalled. “I wanted to have a school degree that was internationally recognized.”

Lake did not visit the campus before making her decision but viewed the campus website and photos online. From the time she first came to campus as a student, she has appreciated the small-campus feel.

Lake said she didn’t expect to see a lot of women in her chosen field of study and isn’t intimidated by a career field where she will likely work mainly with men.

“I have the same mental capabilities as a man does. Being a man doesn’t make someone any more qualified than I am,” she said. “I see it as a balance. If anything, having a mix of men and women in a workplace is healthier than all men or all women.”

She believes that women bring many positive attributes to the field of engineering and their employers.

“It’s a good use of our feminine energy and intuition. As women, we generally pay more attention to detail and that’s important in engineering,” Lake said. “We are taking a lot of measurements and have to be precise and accurate. Women tend to go through all possible scenarios, so when faced with an engineering problem, there’s a good chance we have already thought it through.”

“Engineering doesn’t have to be a field that’s so physical all the time,” she continued. “A lot of it is you doing calculations or working with a crew. It’s not anything to be afraid of.”

“Our surveying engineering faculty members have told me that there are companies that often offer our interns full-time jobs while they are still in school and also call them for more job candidates than we can currently supply,” said Maureen Ciliberto, career services coordinator.

Lake worked as a field assistant for a surveying skills workshop held at Penn State Wilkes-Barre over the summer. She also worked as an orientation leader with Penn State Global Programs, welcoming international students and helping them start their journey as Penn State students.

As her career progresses, Lake hopes to obtain an internship and work full-time with an engineering firm to get some experience before she eventually founds her own firm. She looks forward to taking a fresh perspective and new expertise back to her home.

“I want to have my own surveying office to take private jobs,” she said. “I will be going back to Dominica where we have land surveyors, but the same old names. I can provide something new and different.”

“We offer career counseling, résumé and cover letter assistance, and job and internship resources,” Ciliberto said. “We empower students to be proactive in their job or internship search by providing the tools and resources they will need to be successful. From time to time, there are targeted career expos or events for specific majors or populations, which we advertise to students. This typically happens at University Park during Fall and Spring Career Days, which all students are eligible to attend.” 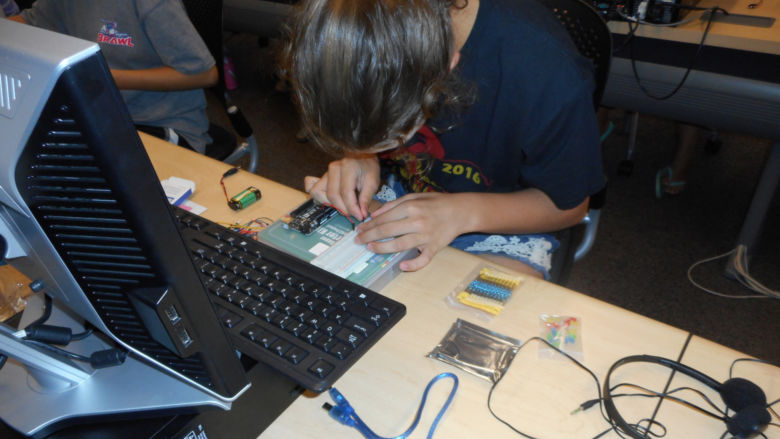 Women in the Sciences and Engineering program enters ninth year