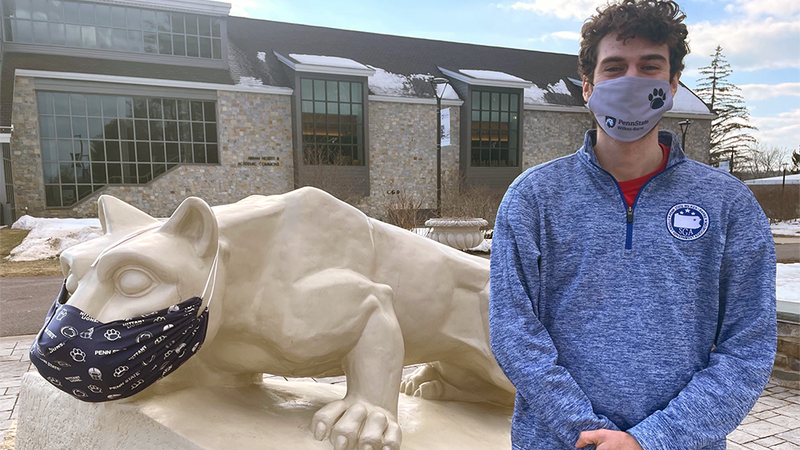 Leading the campus Student Government Association is a big job at any time, and even more so during a pandemic. Larry Corridoni stepped up to the challenge and has become known for his leadership during a difficult time with no roadmap.
Sophomore praised for leading SGA during pandemic

Leading the campus Student Government Association (SGA) is a big job at any time, and even more so during a pandemic. Larry Corridoni stepped up to the challenge and has become known for his leadership during a difficult time with no roadmap.

Corridoni, a sophomore majoring in mechanical engineering, joined the SGA as a senator during his first year of college and became president for his second year. He described the main role of the president as “to represent the concerns of the students on campus,” which includes overseeing meetings, chairing committees, and interacting with students on a daily basis.

“Day to day, people come up to me because they know I know what’s going on. They know they can ask me about alternate grading, when to register for new classes or things like that,” Corridoni said.

He chairs SGA meetings as well as the two committees that allocate student fees: Facilities and Activities (see Student Fees at Work). Corridoni also serves as the student representative on the campus advisory board and represents the campus on the Council of Commonwealth Student Governments, which includes representatives from Penn State’s 19 Commonwealth campuses.

Leading SGA during the pandemic has “definitely been tough,” Corridoni acknowledged, and has primarily focused on how to function and adapt during COVID times.

“The biggest challenge has been making students aware of what’s going on and trying to reach out to them,” he said. “A lot of things, such as meetings and holding votes, were also tough to transition to a virtual format, but we learned a lot through trial and error and have gotten better.”

Corridoni credited the other members of SGA with their assistance and said he is “really proud of everyone in SGA” for the work they have done this year.

“Larry has not only maintained membership within SGA, he has also expanded membership and has a full executive board,” Warnick-Piatt said. “He has successfully run the meetings and is excellent at delegating jobs while attending events and other meetings. I think he is doing an absolutely wonderful job of representing Penn State Wilkes-Barre.”

Under Corridoni’s direction, the group has offered several outdoor socially distanced events, including a roadside cleanup and volunteer projects at the Lands at Hillside Farms. He is also working to prepare the group for next year, after he has transitioned to University Park.

“We have focused a lot of energy on planning safe in-person events. We are also working to prepare SGA and the administration for what SGA will look like next year and keeping everything organized,” he said. “We are trying to focus on keeping everything running and making sure that when things open up, we’re ready and can hit the ground running.”

Clubs and organizations are a big part of student life at Penn State Wilkes-Barre and receive SGA representation.

“Our campus is special because we give representative seats to all of our clubs,” Corridoni said. “Our clubs are very close to our SGA and I really enjoy that. It makes SGA feel like a better cross-section of what’s going on and close to our student activities.”

Corridoni has a close relationship to several of those clubs as a member of the Four Seasons Club and a founding member and former president of JAM (Just Amazing Musicians).

“In his first year here, Larry wanted to start a club devoted to music and musical expression, which later became known as JAM,” Warnick-Piatt said. “He was so dedicated to the startup and the expansion of that club. I was thrilled, since we never really had a live music kind of club on campus.”

A resident of Pittston, Corridoni graduated from Holy Redeemer High School and chose Penn State Wilkes-Barre because of the University’s reputation for its engineering programs.

“The engineering at Penn State is great, and I thought Penn State Wilkes-Barre was a nice place where I could start with smaller classes and ease into University Park,” he said.

He enjoys the smaller size of the campus and believes it has been a benefit to him as president of SGA.

“I love when I’m able to know almost everyone and I feel like that has helped me as president. I like the close-knit nature of the campus,” he said. “It’s easy to get tutoring help and the small class sizes are great.” 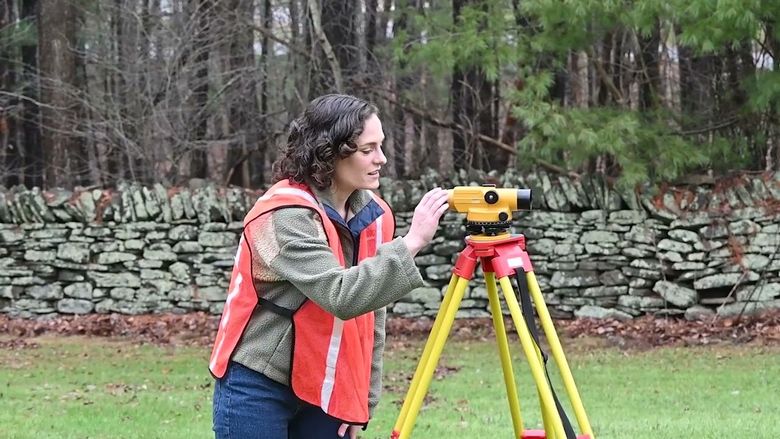 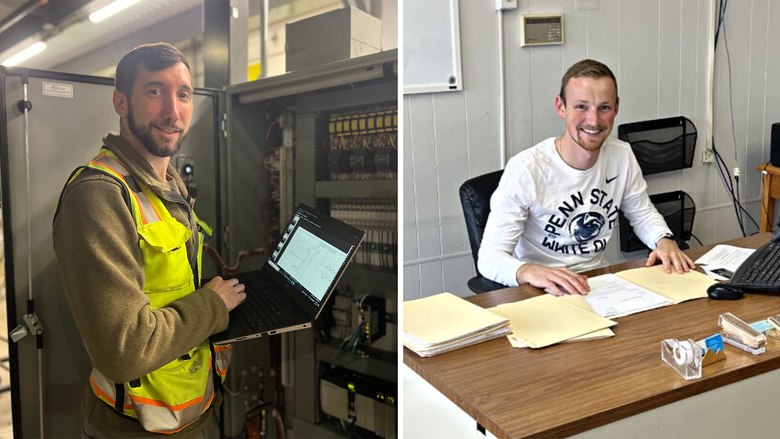