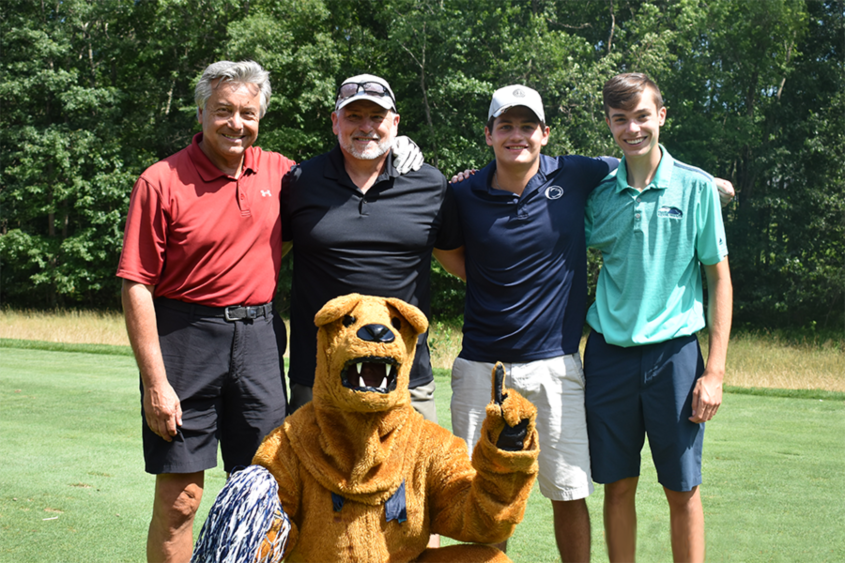 One hundred thirty-six golfers took to the greens, with captain Jim Gattuso’s team, including Ray Ostroski, Brett Ostroski and Mason Gattuso, taking the top prize. Each received a cash prize for winning the tournament.

Golfers also had the chance to win various hole‑in‑one prizes, including a Super Bowl trip for two with airfare, Callaway golf clubs, a $500 gift card to golf clothier Zero Restriction, and a choice of an HP laptop or tablet. Other contests included "closest to the pin," longest drive for men and women, and the chance for participants to double their money by “holding the green.” The tournament also featured a raffle with gift certificates and prizes donated by local businesses.

To register for next year’s event, become a member of the alumni society, or for more information, contact Karen Brace‑Hodle in the Penn State Wilkes‑Barre Alumni Office at 570-675-9228 or [email protected].