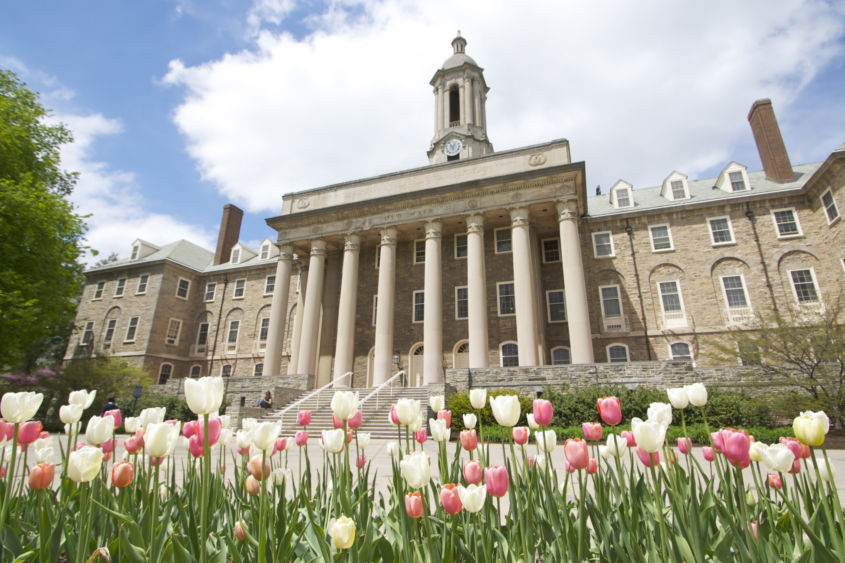 Long-standing policies at Penn State protecting the rights of individuals and prohibiting gender-based discrimination have not changed.

UNIVERSITY PARK, Pa. — In light of the recent change in federal policy on the rights of transgender students to use facilities corresponding with their gender identity, Penn State reaffirmed its commitment to nondiscrimination today (March 1). The University’s long-standing policies protecting the rights of individuals and prohibiting gender-based discrimination have not changed.

“We feel it’s important to reaffirm our commitment to ensuring that all students, faculty and staff, including transgender individuals, are able to enjoy full and equal access to the Penn State community, and to helping build a safe and welcoming environment for everyone at the University,” said Penn State President Eric Barron. “The University remains dedicated to promoting and protecting gender equality.”

In November 2016, Penn State announced that it was expanding the number of “all gender” bathrooms and accompanying signage at its campuses. At the University Park campus, an effort began in the fall to convert and re-label 57 single-person restrooms that had been specifically designated for men or women to all-gender facilities. Additionally, the University is working to change the signs on more than 400 existing all gender restrooms across University Park and Commonwealth Campuses so they have consistent “All Gender Restroom” signage.

“Many in our community have expressed concern about the possible consequences of these new federal actions,” said Borja Gutiérrez, the 2016-18 chair of the Commission on Lesbian, Gay, Bisexual, Transgender and Queer (LGBTQ) Equity. “It is reassuring to know the University’s position has not changed.”

Gutiérrez added, “We will continue to work to ensure that Penn State transgender and gender nonconforming students, faculty and staff across the Commonwealth continue to have equal access to facilities, as well as protection from any and all forms of harassment and discrimination.”

A number of established University policies provide protection for individuals within the Penn State community, including AD 85 and AD 91, which describe the University’s commitment to providing equal access to programs, facilities, admission and employment for all persons, and prohibits discrimination, harassment and retaliation in all forms.  University Policy AD 84 also recognizes the need or preference for members of the University community to refer to themselves by a first name other than their legal first name and acknowledges that a “preferred name” can be used where possible in the course of University business and education.

Transgender and gender nonconforming individuals who experience sexual- or gender-based harassment, misconduct or violence can report incidents through the University’s Office of Sexual Misconduct Prevention and Response.

In addition to the expansion of all gender bathrooms, Penn State also launched its inaugural Transgender Visibility Week, which was held Nov. 14-20, 2016, to help increase awareness and advance advocacy for transgender and gender nonconforming people and the issues they face in their lives.

In August 2015, Penn State was the first university in Pennsylvania to sign the “Pennsylvania Competes” pledge, which urged the state to pass legislation updating the Human Relations Act to include protection for sexual orientation and gender identity and expression.

For its efforts at diversity and inclusion, Penn State has received a number of awards, including being named among the top 30 schools in the nation in the 2016 Campus Pride LGBTQ and Questioning-Friendly Campus Climate Index and a winner of the Higher Education Excellence in Diversity Award from INSIGHT Into Diversity magazine in November 2016. 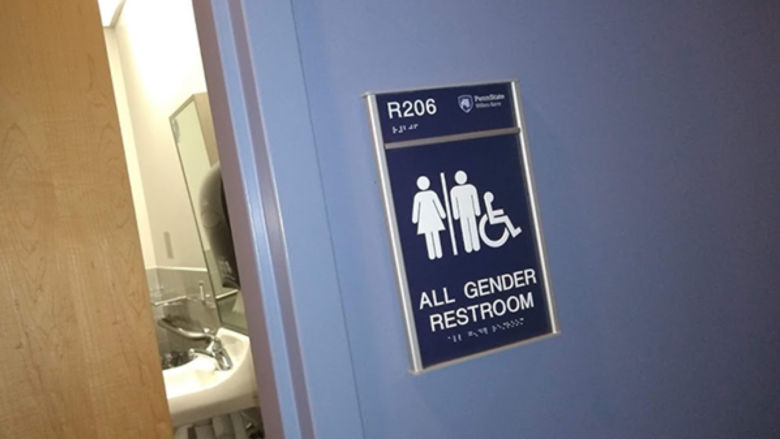