Jones, whose appointment is effective Jan. 16, succeeds Charles Davis, who is retiring after leading the Wilkes-Barre campus since March 2006.

“We are pleased to have Dr. Jones joining the Penn State community as the chancellor and chief academic officer of the Wilkes-Barre campus,” said Madlyn Hanes, vice president for Commonwealth Campuses and executive chancellor at Penn State. “Penn State Wilkes-Barre has a rich history of community engagement and academic accomplishment. Dr. Jones brings particular strength in building community partnerships, faculty and curriculum development, strategic planning, and student life — all of which will serve both to honor the campus’s extraordinary history and realize its near- and longer-term goals. Penn State Wilkes-Barre, I am certain, will benefit from his breadth and depth of experience as an academic and organizational leader and strategist.”

Jones joined Hampden-Sydney College in 2011. As vice president for strategy, administration and board affairs, his responsibilities included leading the college’s strategic-planning process; serving as secretary of the board of trustees; supervising the Office of College Events, Department of Marketing and Communications, Department of Security and Police, and the Esther Thomas Atkinson Museum; and chairing the 35-member president’s council. Jones also spearheaded the establishment and implementation of the college’s Title IX sexual misconduct program, and he authored Hampden-Sydney’s first emergency operations plan.

Before joining Hampden-Sydney College, Jones was an associate professor of public administration at Virginia Commonwealth University from 2006 to 2011. While at VCU, Jones chaired the master of public administration program, served as president of the College of Humanities and Sciences Faculty Council, and was the director of the university’s National Homeland Security Initiative.

“I am honored to join the Penn State community as chancellor and chief academic officer of Penn State Wilkes-Barre, a special campus that celebrated its centennial anniversary in 2016," Jones said. “I strongly believe in the campus’s student-centered mission and vision to be a premier educational institution of choice in northeast Pennsylvania. I’m looking forward to working closely with students, faculty and staff, as well as alumni and community stakeholders, to build upon the progress made to elevate Penn State Wilkes-Barre’s profile within the region.

“During my visit to campus and the local area, I was impressed by the high quality of the faculty and staff, strong sense of community, commitment to the success of students and the campus, and optimism about the campus’s trajectory of excellence. I am thrilled and eager to start with the Penn State Wilkes-Barre team, engage with local and regional communities, and serve Penn State University.”

Jones previously held faculty positions in public administration at the University of Colorado at Colorado Springs, where he served as director of research for the Center for Homeland Security; Syracuse University, where he directed the Government Performance Project, a $4.8 million research project funded by the Pew Charitable Trusts that assessed the management capacity of all 50 states and the nation’s 35 largest cities and 40 largest counties; and the United States Air Force Academy, where he served as deputy head of the Department of Political Science. He has taught courses in advanced public management, American government, emergency management, executive leadership, homeland security, organizational theory and behavior, public administration, and U.S. national security policy.

An honor graduate of the Air Force Academy, Jones enjoyed a 21-year career in the U.S. Air Force, rising to the rank of lieutenant colonel. In addition to holding a variety of academic leadership roles at the Air Force Academy, Jones’ military career included service as a strategic analyst for the Joint Chiefs of Staff at the Pentagon, military social aide to President Ronald Reagan at the White House, and program manager for the Boeing Short Range Attack Missile Program.

Jones earned a bachelor of science in aeronautical engineering from the Air Force Academy, an MBA with a management focus from Wright State University, a master of arts in science, technology and public policy from George Washington University, and a doctor of philosophy in public administration from Syracuse University. 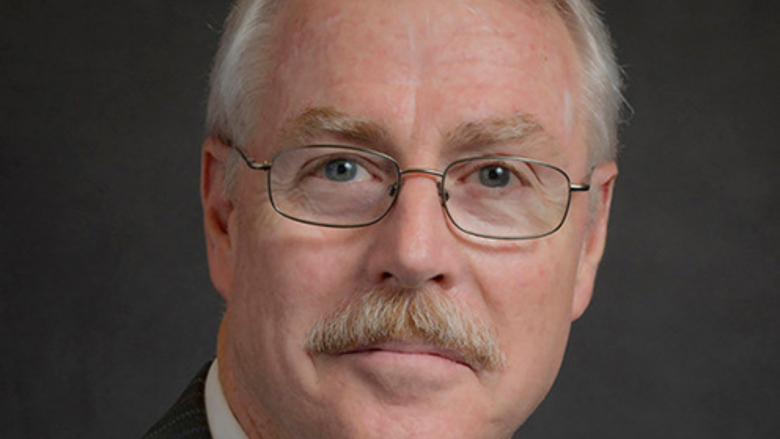