The 2020 Northeastern Pennsylvania Science Olympiad, scheduled for March 11 at Penn State Wilkes-Barre, was canceled and will not be rescheduled. 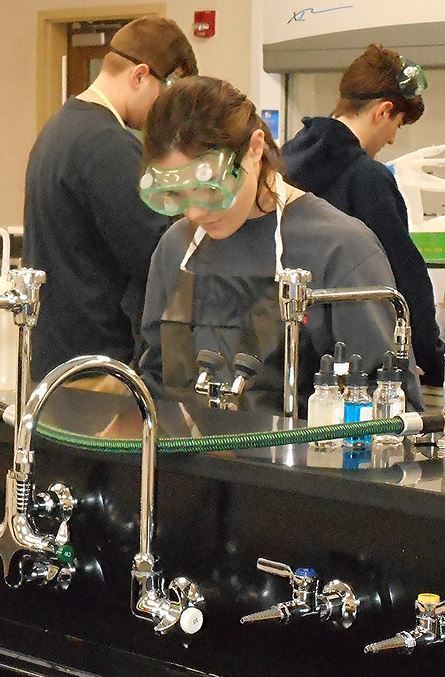 A young scientist works on a project during a previous Science Olympiad held at Penn State Wilkes-Barre.

The regional tournament for the Science Olympiad, a national competition, was to bring together nearly 800 participants in middle school and high school from throughout Bradford, Carbon, Clinton, Columbia, Lackawanna, Luzerne, Lycoming, Monroe, Montour, Pike, Sullivan, Susquehanna, Tioga, Wayne and Wyoming counties. Science Olympiad tournaments are academic interscholastic competitions that include a series of individual and team events. The state and national Science Olympiad competitions were also canceled for this year.

Tim Sichler, assistant teaching professor of engineering and regional director for the Northeastern Pennsylvania Science Olympiad, said the decision to cancel the event was based off guidance.

“We were trying to help stop the spread of coronavirus and had about 1,000 people coming, including students, teachers and parents. We didn’t feel it was wise to hold the tournament because if just one person in a group of that size was carrying the virus, it could affect many people,” Sichler said.

The event has been held at Penn State Wilkes-Barre for more than 20 years. The Science Olympiad features events in the scientific disciplines of biology, earth science, chemistry, engineering, physics, and computers. All events are designed to challenge and measure students’ knowledge of science facts, concepts, process skills, and science applications. This year, middle- and high-school students from 53 schools in the region were scheduled to participate in the tournament at Penn State Wilkes-Barre.

“We understand the disappointment the students and their families have felt with the Science Olympiad being canceled,” Sichler said. “We look forward to next year’s event and will be providing credit for next year’s event or a refund, minus state fees, to those who had registered this year.”