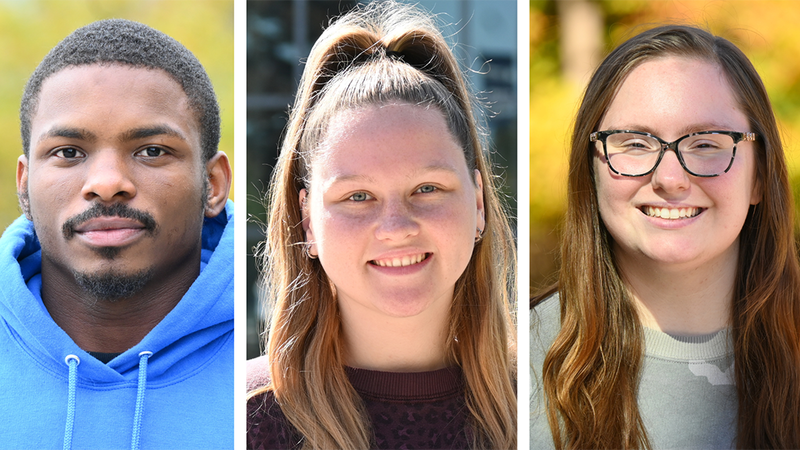 Why transfer to Penn State Wilkes-Barre?

Leslie Livingstone, enrollment specialist at Penn State Wilkes-Barre, works with transfer students. “Students might want to transfer for a variety of reasons,” she explained. “Sometimes they went away somewhere and want to come back home. Sometimes they aren’t happy at their current school or program.”

Livingstone and other members of the Admissions team at Penn State Wilkes-Barre meet with transfer students to learn more about their goals and what they hope to achieve. “We focus on helping students find their best degree path, whether that ends here or at another Penn State campus,” Livingstone said.

Penn State Wilkes-Barre’s small campus provides transfer students the benefit of getting to know faculty members and advisers even before beginning their courses, allowing them to learn more about available programs as they are making their decision. Students are also able to access all the resources Penn State offers.

“Many of our faculty can talk about courses and schedules before a student has an official acceptance, so the student can get an idea of what their schedule would look like and what our program has to offer,” Livingstone said. “And once a student decides to come to Penn State Wilkes-Barre, they are put in touch with faculty in their chosen program. The faculty can then advise them, help them pick out their course schedule, and talk to them about transfer credits and how the credits can apply to their degree.”

Students can transfer to Penn State Wilkes-Barre with an associate’s degree from a school with an articulation agreement, such as Luzerne County Community College (LCCC), or from any accredited 2-year or 4-year institution. No matter a student’s path to Penn State Wilkes-Barre, they will find caring faculty, a scenic campus and a cost-effective way to earning a degree locally that is recognized globally, in addition to many other benefits.

“Our campus truly is special and unique,” Livingstone said. “There are countless options on the pathway to getting a Penn State degree, whether it is one of our bachelor’s degrees that can be completed here at Wilkes-Barre, or the beginning of one of Penn State’s more than 275 majors. Students get an immense amount of value for the cost with a Penn State degree.”

Three current students at Penn State Wilkes-Barre shared their stories about how they came to the campus.

Isaiah Leonard, a native of Philadelphia, originally chose to attend Manor College to stay close to home — but found that wasn’t the best choice for him.

“Since I was always in the city, I wasn’t 100 percent focused on my school and athletics,” he said. “And Philadelphia wasn’t the safest place to be. So it was time for me to get away.”

Leonard knew Penn State Wilkes-Barre could provide him with a degree from a well-known university and also the opportunity to play basketball, a passion of his.

“I knew Penn State is a big name and I wanted a Penn State degree. I knew that would be great for me and my career,” he said. “I also built a relationship with Coach (Leshawn) Hammett and I wanted to play basketball under him. I wanted to be part of a program that felt family oriented and that also wanted to win.”

“At Penn State Wilkes-Barre, there is a lot more structure with our team and a lot more doors that can be opened for my future on and off the court,” Leonard continued. “Being here is giving me a chance to play winning basketball. We have a chance to win our conference and national tournament and I wanted to be part of that. I wanted to play under a coach who understands me and just wants the best for me, so after talking about a transfer with my parents, it was an easy choice.”

He is now a junior majoring in business management and lives adjacent to campus at Nittany Commons, and plays point guard for the campus basketball team. Leonard said the transfer process was smooth and that campus faculty and staff were helpful in his transition.

“Leslie (Livingstone) was there for me throughout the whole process. She gave me the information I needed and kept me updated throughout the summer. She was also very helpful when it came to talking with my parents and giving them the information they needed,” he said. “Coach Hammett is one of the best coaches I’ve ever had. We became very close and have a strong relationship. He is always checking in on me, sending me motivational messages and pushing me to be the best I can be on and off the court — as a basketball player and as a person in general.”

Dekin, who lives in Larksville, wanted to stay close to home so she could keep her job as a trainer at the FedEx Ground facility in Pittston. She knew she wanted to pursue a bachelor’s degree after earning her associate degree and chose to enroll at Penn State Wilkes-Barre in the criminal justice program.

“When I was in high school, I was friends with people in a lot of groups, including kids who would be considered troublemakers. I would try to help people who didn’t have support around them navigate life. I feel like criminal justice is a way to do that in society,” said Dekin, now a junior at the campus. “I want to be a juvenile probation officer, which requires a bachelor’s degree. I heard Penn State Wilkes-Barre had a great criminal justice program and that the tuition was reasonable.”

While Dekin just started at Penn State Wilkes-Barre this semester, she quickly got to know many of her peers. She attended all of the Welcome Week activities and the campus club fair, where she signed up to join the Students For Justice club.

“The advisers here are amazing and really do the best job helping students. They were thorough and talked to me throughout the summer. I attended the welcome day and they remembered my name,” Dekin said. “Dr. Olson and Dr. Sarver have always been there for me when I had questions or was confused about anything. They clarified things for me so it makes sense.”

The Wilkes-Barre resident commutes to campus and chose Penn State Wilkes-Barre because of its beautiful setting and small class sizes.

“The majority of careers I’m considering require a bachelor’s degree. I wanted to go further with my education and get more experience,” Jennings said. “I came to Penn State Wilkes-Barre for a campus tour during my last year at LCCC and I really liked the environment. I like being in less of a city setting. The classes are very small and the classrooms and campus are really nice.”

She said she found the transfer process to be simple, as “everything is written out for you and it’s very descriptive,” and campus faculty staff are ready and willing to help.

Now in her second year of studies at Penn State Wilkes-Barre, Jennings said the relationships she developed with faculty members were helpful to her as a transfer student.

“It has been great to get to know my professors personally and to have a connection with them,” she said. “Having those connections made my transition a lot easier.”

Jennings serves as president of the Students For Justice club, an organization she learned about through her professors, who encouraged her to go to a club meeting. She is also on the Student Activity Fee and Student Facility Fee boards through the Student Government Association, helping decide how those funds are allocated.

“Getting involved was easy here on campus,” she said. “There is information everywhere in buildings and through email. It was pretty simple to figure out who to talk to and how to get involved.”

Jennings is completing an internship at the Victims Resource Center in Wilkes-Barre, advocating for victims of violent crimes. During the winter, she works for the Wilkes-Barre/Scranton Penguins selling 50/50 raffles, and during baseball season, she works at a food stand at the Scranton/Wilkes-Barre RailRiders’ stadium.

Jennings advised her fellow transfer students that getting plugged into campus activities and meeting other people can make a big difference, saying, “Don’t be afraid to get involved. Not getting involved can make your transition a lot more difficult. And know that your professors are there to help you. Always ask questions, and don’t be afraid to reach out to your fellow students if you have any issues.” 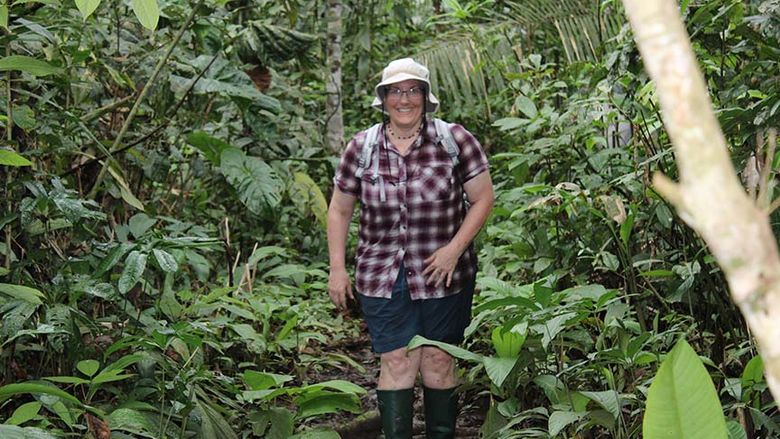 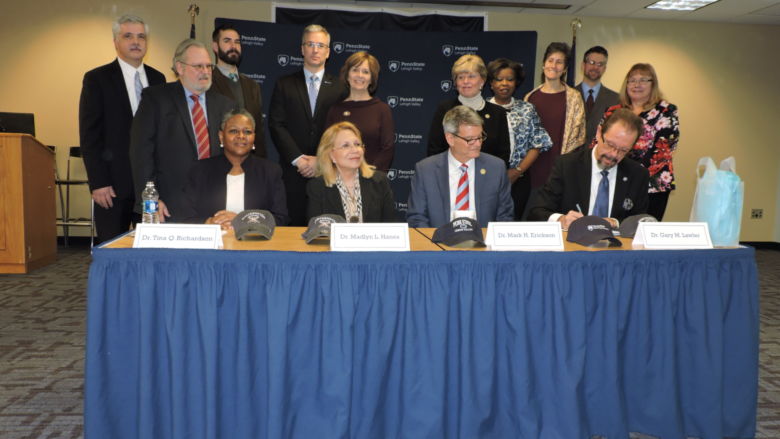