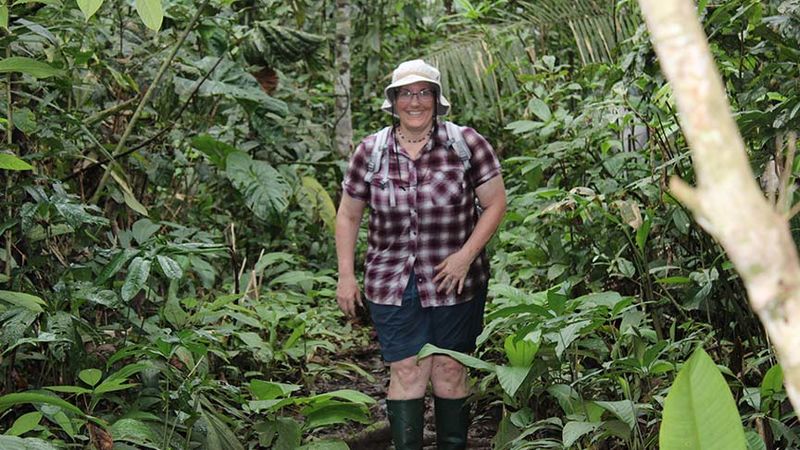 Penn State Wilkes-Barre faculty member Luciana Caporaletti traveled to Peru in May to study plants used for medicinal purposes by indigenous people. Her research team visited a remote area of the Amazon rainforest in the northeastern part of the country, living with members of the Urarina tribe as they learned about the plants and tribal culture.
By: Goldie Van Horn
Penn State Wilkes-Barre researcher lives with indigenous tribe in South America while studying plants used as medicine

Indigenous people throughout South America use native plants to treat a variety of illnesses. Thanks to a research team that included a faculty member from Penn State Wilkes-Barre, Americans may one day have the opportunity to learn more about the plants that are harvested there. Luciana Caporaletti, lecturer in biology, traveled to Peru in May to study the plants used for medicinal purposes.

More than 400 indigenous tribes live in the Amazon basin, including about 50 in Peru. Caporaletti and about 10 others from the research group visited a remote area of the Amazon rainforest in the northeastern part of the country, taking a 10-hour boat ride from near the airport in Iquitos to the region they would stay in. The team lived with members of the Urarina tribe for a week as they learned about native plants and tribal culture.

“Our goals were to build a relationship with the community and to interview the Urarina people to learn about the plants and understand how they use them,” Caporaletti explained. “These plants are easily accessible to the people there, and we relied on a few people within the community to guide us to areas where we could find them. We collected the plants and then brought them back to the community for identification and to ask what they were used for. They use various plants for treating inflammation, gastrointestinal disorders, and more.”

Members of the tribe had given the team permission to stay with them while they conducted their research. They were compensated with money and materials, particularly food.

Members of the Urarina tribe have lived along river basins in the Amazon for hundreds of years. All of their homes and other buildings are on stilts so they stay above water when the water level is high during the rainy season. The tribe is a self-sufficient community whose members speak their own language. 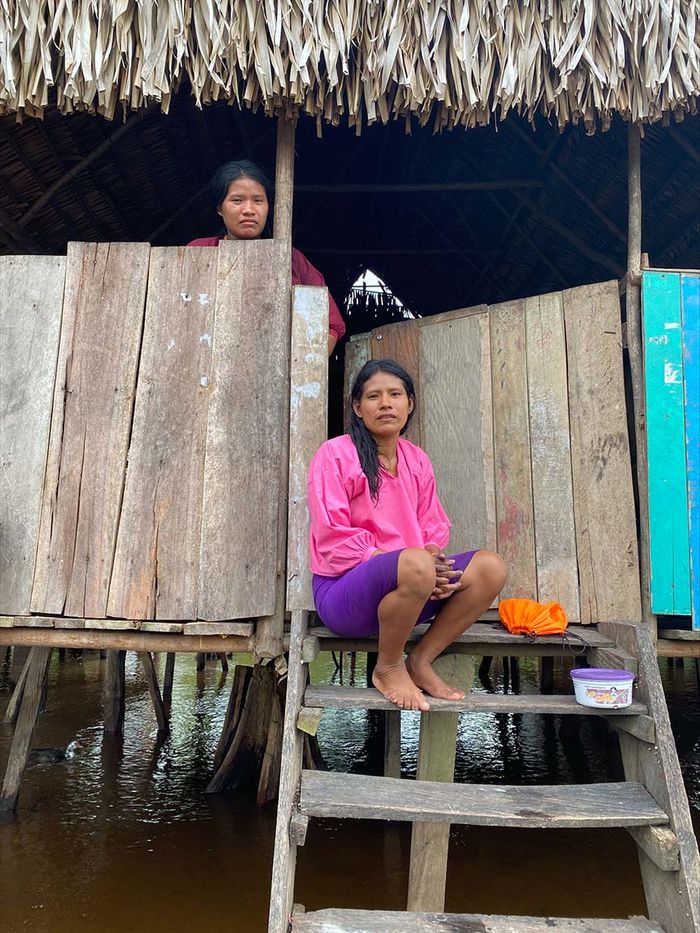 Two young mothers of the Urarina society. The Urarina population is estimated to be roughly 2,000. The Urarina rely on hunting, fishing and farming to support their families.

“They raise their own chickens and ducks and farm plantains. They rely on the Amazon for bathing, washing, drinking and cooking,” Caporaletti described. “They have some power from solar panels on the buildings. They travel by boat wherever they need to go.”

The research team plans to present its findings from the data collected on the trip. They also hope to secure permits to bring the plants back to the United States for further study. In the future, Caporaletti would like to have a student accompany her on the trip, or perhaps develop a field course that would allow several students to travel with her to the area.

“My students will study the effect of salt water on plants, because as sea levels are rising, more salt water is flowing into areas where plants are not adapted to saline soils,” she said.

Her students will also learn about her research trip and the Urarina culture, along with the importance of sustainability.

“I want students to learn about different people and countries, along with our world’s climate,” Caporaletti said. “As humans, we tend to focus on our inner bubble, but there is real value in introducing students to a culture outside of their understanding and introducing them to another country and how other people live.”

“In talking to my students about this trip, I want them to be aware that even modern medicines come from plant compounds and that not everybody treats illnesses or ailments with the same medicines that we do,” she continued. “I’m not trying to steer them away from Western medicine, but rather to give them an awareness of what’s out there and what other people are doing.”

The team’s research has implications for the study of climate change, particularly on a community that relies heavily on the water.

“We are concerned about climate change and how that is going to have an effect on the Urarina people. Climate change affects water levels, which will affect their farming, housing, fishing and transportation.” Caporaletti explained. “They use canoes to navigate the Amazon and travel several hours by canoe to get to a general store for supplies. There is the potential for climate change to affect them negatively, including access to plants. We want to keep an eye on the area and note any changes we may see.” 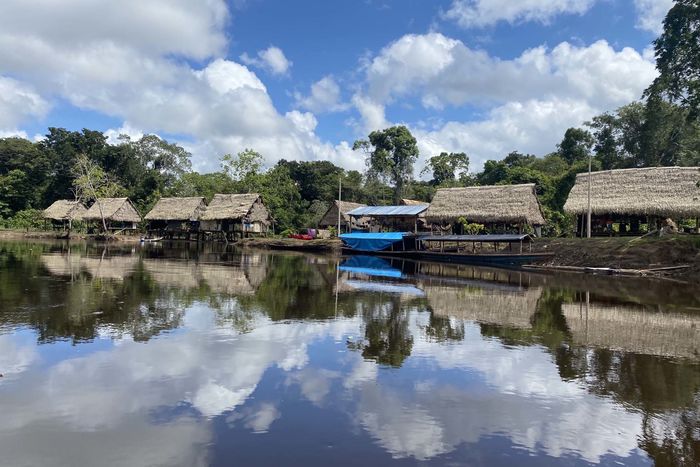 Urarina settlement on the Amazon River. The thatched roofs are made from palm leaves. The houses are on stilts to prevent flooding during the rainy season.