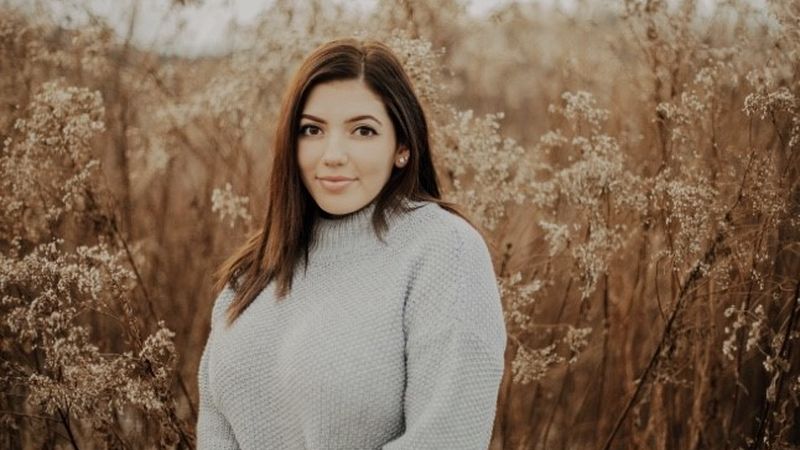 Amineh Al-Hawa chose her major and future career path largely because of the difficulties she witnessed her mother go through on her way to becoming an American citizen. A sophomore criminal justice major at Penn State Wilkes-Barre, Al-Hawa hopes to work in immigration law.
Student plans to study immigration law after parents’ experience

Amineh Al-Hawa is getting her start at Penn State Wilkes-Barre. Amineh is a graduate of Wyoming Valley West High School who lives in Kingston; she is a first-generation college student who balances her schoolwork with 30-hour workweeks at Outback Steakhouse.

A sophomore criminal justice major, Al-Hawa chose her major and future career path largely because of the difficulties she witnessed her mother go through on her way to becoming an American citizen. Her parents’ immigrant experience led to her desire to work in immigration law.

“My parents are Palestinian and it took my mother 10 years to get her citizenship,” Al-Hawa said.

While Al-Hawa’s father obtained his United States citizenship in the 1980s, her mother did not immigrate until 1998, when the couple married. She became a U.S. citizen in 2008. Fluent in both English and Arabic, Al-Hawa was the one who helped her mother with the paperwork and necessary forms.

“Half of us don’t even know how hard it is to become a citizen. I’ve asked my friends who were born in the United States and they had no idea what the answers were to many of the questions (on the citizenship test),” she said.

Al-Hawa’s goal is to attend law school and work in immigration law to make the experience easier for other immigrants. She chose to attend Penn State Wilkes-Barre in large part because of the people she met while considering attending.

“They made me feel like I was important and not just a number, and also made me feel welcome,” she said. “Since I’ve been a student, Student Success Services has been a big help. Any time I had an issue, I felt I was welcome there. I wouldn’t have done as well without my adviser, Joe Natale, who always makes students feel important.” Al-Hawa said she also likes the small size of Penn State Wilkes-Barre and its rural location.

Natale said, “Amineh is a student who genuinely applies and uses the resources that are given to her. She is ambitious, inquisitive, reflective and outspoken and has grit. It has been wonderful to work alongside Amineh as she journeys through completing her Penn State degree.”

Although the pandemic has changed her college experience, Al-Hawa has taken a positive view and enjoys taking classes online and spending time with her parents.