Native Americans at the Trans-Mississippi Exposition

The Friedman Art Gallery at Penn State Wilkes-Barre joins the Library of Congress, the National Archives and Records Administration, the National Endowment for the Humanities, the National Gallery of Art, the National Park Service, the Smithsonian Institution, and the Holocaust Memorial Museum in paying tribute to the rich ancestry and traditions of Native Americans during National American Indian Heritage Month. This exhibit provides a unique opportunity to view copies of the original Frank A. Rinehart photos taken in 1898 at the Trans-Mississippi Exposition in Omaha, Nebraska.

In 1898, a group of businessmen formed a committee to plan and build an Exposition site in Omaha, patterned after the very successful New York and Chicago World's Fairs. At some point in the planning, it was suggested that the Exposition would draw a bigger audience if Native American Indians from the area west of the Mississippi were brought to the Exposition as an exhibit. From that idea was born the Indian Congress of 1898. Occurring a mere 8 years after the Wounded Knee Massacre, the Indian Congress was the largest gathering of American Indian tribes of its kind to that date. Over 500 members of different tribes attended, including the Apache chief Geronimo. The tribes in attendance included the Apache, Arapaho, Assiniboines, Blackfoot, Cheyenne, Chippewa, Crow, Flathead, Fox, Iowa, Kiowa, Omaha, Otoe, Ponca, Pottawatomie, Sauk and Fox, Lakota, Southern Arapaho, Tonkawa, Wichita, Winnebago, and Santa Clara Pueblo.

Frank A. Rinehart was appointed the official photographer at the Exposition and took these photos in a studio on the Expo grounds. Mr. Rinehart’s photographs of the Indian Congress participants are regarded as one of the best photographic documentations of American Indian leaders around the start of the 20th century.

Image Gallery. Click the forward and back arrows to view photos in the exhibit: 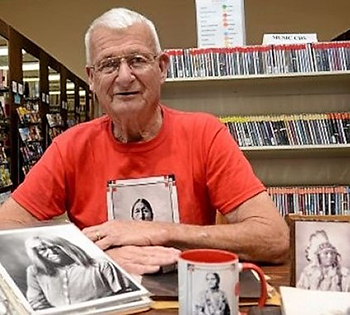 This exhibit is courtesy of local author Royal Sutton. Mr. Sutton worked at the Rinehart-Marsden Studio in Omaha, Nebraska, eventually taking over ownership of the studio but then closing it in 1969. The one important thing that survived that closing was a collection of nearly 500 glass-plate negatives produced by Frank A. Rinehart, the founder of the studio. The negatives were portraits of Native American Indians who were brought to the Trans-Mississippi Exposition in 1898 as an exhibition.

To see additional images and to learn more about the Indian Congress as well as contemporary attitudes regarding Native Americans, visit: 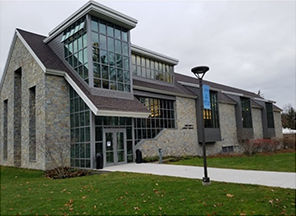 “Rinehart’s [Indian Congress] portraits are really quite extra­or­din­ary and put him above the aver­age workaday photographer who might have also made photographs for similar reasons. There were other people working, but he seems to have really, because of the quality of his work, stood apart.”